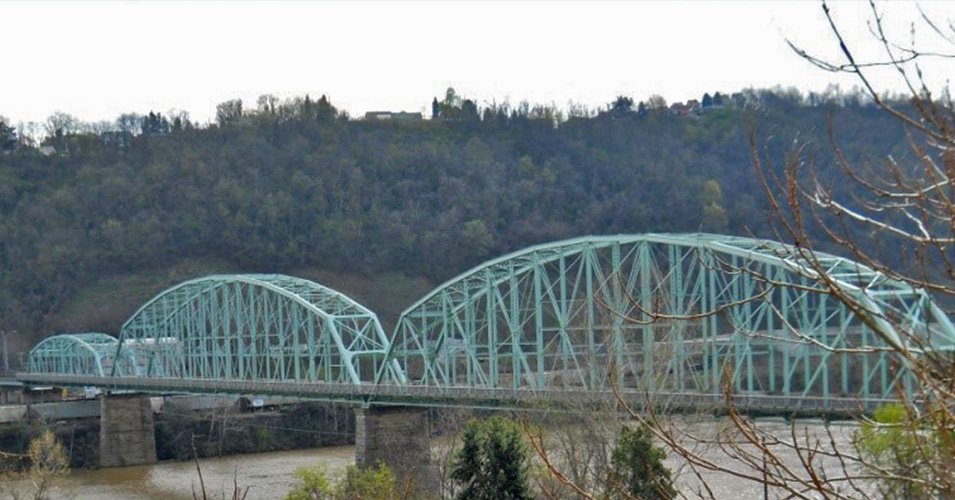 In 2011, the historic Charleroi-Monessen Bridge – originally constructed in 1906, rehabilitated shortly after World War II, and then again in 1986 – was partially demolished and replaced with three through-truss span girders.

CDR Maguire provided the construction inspection and documentation services for the partial demolition/removal and design/build method of contracting for the bridge, which carries SR 2018 over the Monongahela River and CSX Railroad.  The structure connects Route 88 on the west bank of the river and Route 906 on the east side.  The design/build portion of work included three new through-truss spans, piers, and foundations over the river, as well as the preservation work of the existing approach spans coming from Route 88 and Route 906.

This project included drilled shafts, cofferdams, H-piles, steel erection, and concrete deck with preservation type work, performed as needed, on the nine approach steel girder spans.  A key element to this project was coordinating with and working around the CSX Railroad on the Monessen side, and the Norfolk Southern Railroad on the Charleroi side of the project, where portions of the bridge remaining had preservation work over the railroads.  Another challenge was having to work from the river itself, given the large span of the bridge.  The new steel through-truss spans had to be erected from a barge on the river, as well as the foundation and pier work taking place on the river.

Residents in the area were able to witness a big splash, when the old span was demolished and dropped into the Monongahela River. One of CDR Maguire’s Assistant Project Managers, Matthew Steele, P.E., recalls of the bridge demo, “Of the dozen bridge demos I have viewed in the past 10 years, this one, by far, had the biggest percussion. We were pretty far away, and the sound wave was so powerful, I can still remember the feeling of being hit in the chest by it. If you watch the water, you can see it travel to us from the bridge.”