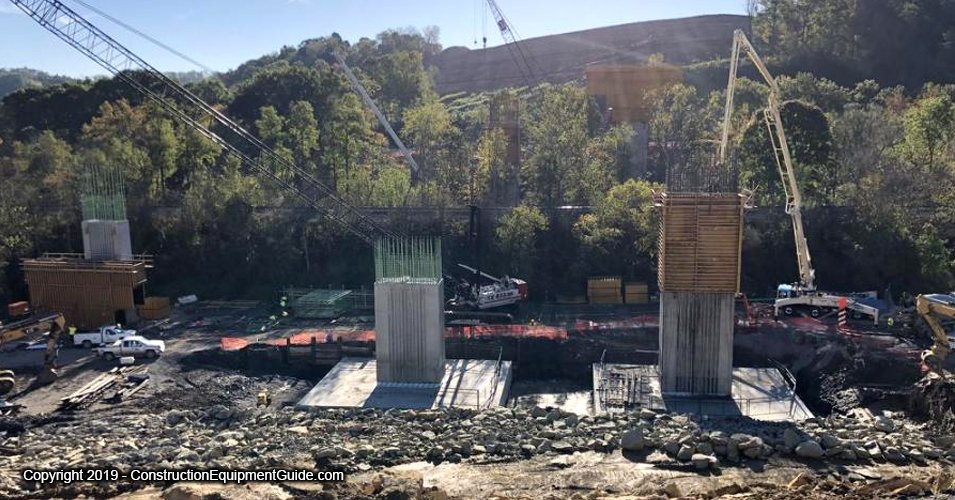 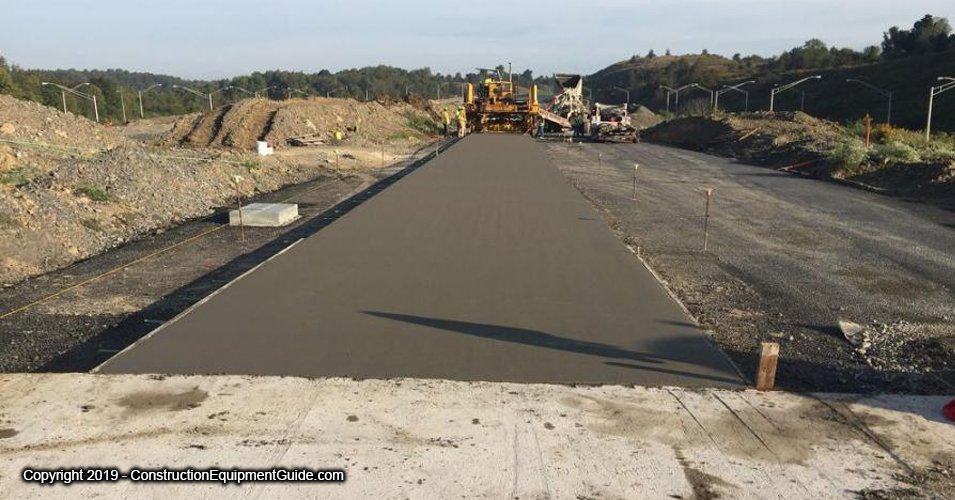 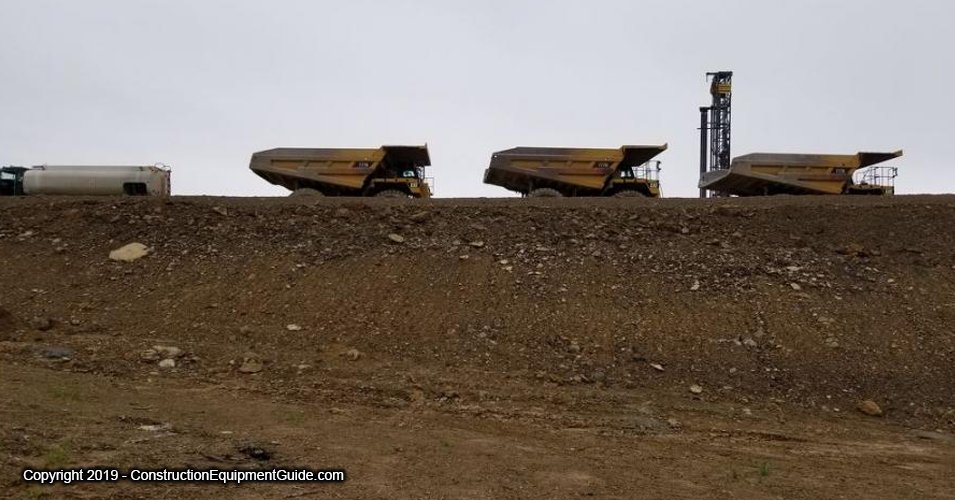 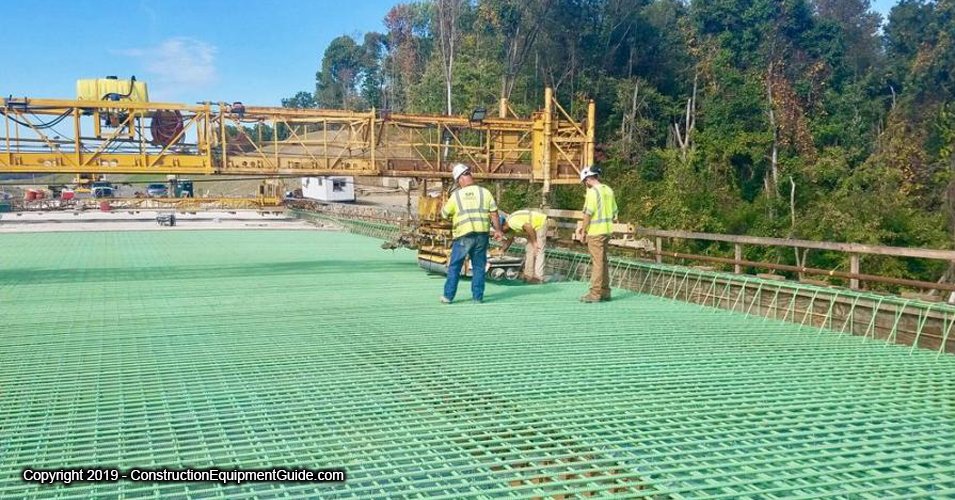 CDR Maguire is managing the construction of the entire Southern Beltway Project, which includes nine construction sections. The total cost of the project is estimated at approximately $800 million.

The Pennsylvania Turnpike Commission (PTC) is continuing the construction of the Southern Beltway in Pittsburgh, Pa. The most current phase, 55A2, was awarded to Trumbull Corporation on Nov. 6 for a reported $116.2 million. This portion of the project has a planned completion date of June 2021. The 2.75-mi. portion will run from Quicksilver Road to the Panhandle Trail.

According to the PTC, the project consists of building 13 mi. of a four-lane, concrete highway. It is split up into seven major construction sections and consists of 12 total contracts. A total of 27 million cu. yds. of excavation will be needed to connect U.S. Route 22 with Interstate 79. When complete, it will be a cashless tolling roadway with four interchanges with a posted speed of 70 mph.

The project began in 2015 with bridges being built over U.S. Route 22, and the bulk of the construction for the roadway started in December of 2016.

“The fact that this project is all-new construction of a limited access, four-lane highway is unique in itself,” said Dale Rosinski, project manager of CDR Maguire.

John Dzurko, engineer, project manager for the PA Turnpike, noted that the project is unusual because of its magnitude and the end result of a new modern highway with cashless tolling features.

One of the challenges with the project was unexpected, according to Dzurko, and involved “the capping and plugging of unforeseen gas and oil wells.”

Other difficulties noted by Dzurko include maintaining traffic on I-79 while completing interchange construction and managing and coordinating several contractors/contracts at one time.

“Keeping the neighbors and communities informed of the project status as certain activities, such as noise and construction traffic, impact their lives while work progresses through their neighborhoods,” is another challenge noted by Rosinski.

The other major sections of the project are:

55A1-1: U.S. Route 22 Bridges Turnpike 576 — This portion began in December 2016. Construction continues, with a planned completion date in May 2019. The prime contractor is Independence Excavating Inc., under the direction of Doug Thomas.

This portion is adjacent to (East of) the previously completed Turnpike 576. This interchange is located approximately 5 mi. Southeast of the Pittsburgh International Airport and carries Turnpike 576 over U.S. Route 22. The mainline twin structures each consist of a four-span steel multi-girder bridge that span State Route 4004 and U.S. Route 22 along with ramps for the previously constructed Southern Beltway.

This section required 200,000 cu. yds. of excavation. The bridges are approximately 800 ft. in length.

55A1: U.S. Route 22 to Quicksilver Road State Route 576 — This portion is adjacent to (East of) Section 55A1-1, and is approximately 4 mi. in length. It contains one full interchange and requires nearly 5 million cu. yds. of excavation.

The project includes three mainline bridge structures and one overpass structure. The mainline interchange will be constructed at Beech Hollow Road. Beech Hollow Road and State Route 980 will be realigned to create an intersection with Donaldson Road. Candor Road will be reconstructed to include an overpass structure. The third and fourth mainline structures will carry State Route 576 over Little Raccoon Creek and Quicksilver Road.

55B: Panhandle Trail to Cecil Reissing Road Turnpike 576 — This portion began in February 2017 and is planned for completion in July 2019. The prime contractor is Fay, under the direction of Brian Carr.

This section is approximately 3.2 mi. in length, and requires nearly 6 million cu. yds. of excavation. The project includes a five span bridge that is 1,370 ft. in length over State Route 980. The northern leg of Reissing Road is to be relocated and become Laurel Hill Road, and the southern leg will have a new connection to State Route 980. Realignment of the Reissing and Profio Road intersection also is included.

55C1-1: Cecil Reissing Road to State Route 50 Turnpike 576 — This portion started in November 2017 and is planned for completion in October 2019. The prime contractor is The Beaver Excavating Company, under the direction of Jerimiah Johnson.

This portion is adjacent to (East of) Section 55B, is approximately 2 mi. in length, and requires nearly 4 million cu. yds. of excavation.

The project includes four bridges, two that span State Route 50, Wheeling and Lake Erie Rail line, and Millers Run Creek Road. A third bridge will connect Cecil Reissing Road to State Route 50; North of its current location. The fourth bridge will act as the overpass for Cecil Sturgeon road over Turnpike 576 (as part of the interchange) and will provide a new connection with Reissing Road. The new interchange will be located approximately 1 mi. West of State Route 50 and includes four ramps for ingress and egress to Turnpike 576.

55C1-2: State Route 50 to Coal Pit Road, State Route 576 — This portion began in April 2018 and is planned for completion in May 2020. The prime contractor is Trumbull Corporation, under the direction of Paul Boggs.

This project is adjacent to (East of) Section 55C1-1, is approximately 2 mi. in length, and requires more than 3 million cu. yds. of excavation. The project includes several culverts and one bridge, an overpass for Hickory Grade Road over State Route 576.

55C2-2: Turnpike 576 — This portion began in September 2018, and will be complete in June 2020. The prime contractor is Independence Excavating Inc., under the direction of Doug Thomas.

It is located between I-79 and Morganza Road in Washington County, and adjacent to future Turnpike project Section 55C2-1. It is approximately 1 mi. in length, and requires more than 750,000 cu. yds. of excavation. The project includes a new alignment for Morgan Road with two overpass bridges above I-79 and Turnpike 576, and a new roundabout at Morgan Road’s intersection with Morganza and Baker Roads.

55W (Wetland Replacement) — This portion was completed by the contractor, Cast and Baker Corporation, on Dec. 6, 2016.

Major subcontractors for the project include Yost Drilling, for capping and plugging of gas/oil wells; High Steel, for fabricated structure steel; and Allega Construction and Golden Triangle Construction, for concrete paving.